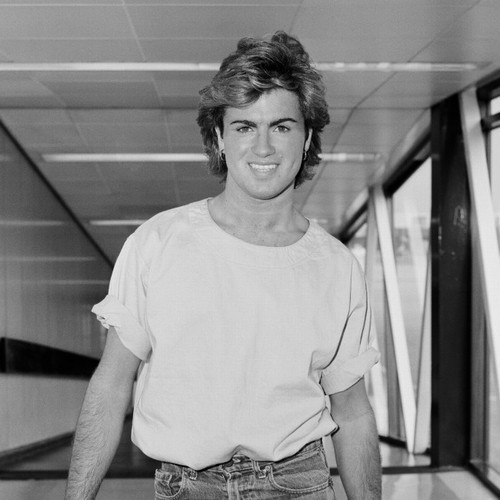 George Michael’s music has been covered by the likes of Olly Alexander, Billy Porter and MNEK for the Apple Music Pride Month playlist ‘George Michael Covered’.

In honour of the late music legend – who died in December 2016 – the streaming platform got some famous faces to honour the ‘Careless Whisper’ hitmaker and gay icon’s legacy by recording his hits for the LGBTQ+ celebration.

Years and Years aka Olly Alexander, 31, has covered 1998’s ‘Outside’, which is about the Wham! star performing a “lewd act” on a police officer in a public toilet in Beverly Hills.

The ‘It’s A Sin’ star – who played Richie Tozer in the Channel 4 series about the AIDS crisis of the 1980s – said: “One of the things I love most about George Michael was his ability to own his narrative. He was a huge, huge star. I’m sure he struggled with some of the attention and issues that come with worldwide fame, and he still remained so iconic, so true to who he was. He still had fun with it. He was always trying new things and taking risks and unashamedly himself. And I take so much inspiration from that … He got arrested in 1998 – I think the terminology is ‘soliciting a police officer in a public toilet’ – then goes and writes a song about it. And it’s such a banger. Wow! I just think it’s so incredible for him to just own that narrative and really go, ‘Yeah, I like to have sex outside.’ And it’s such a bop.”

MNEK, 27, has put his own spin on mega-hit ‘Fastlove’ and said: “What made George so special was just his ear. He’s always been an incredible songwriter. I don’t think anyone ever really realised that he was writing and producing his material all himself—and he was a genius. There was no one who made music quite like him … I loved [the album] ‘Older’. And to me, George is just the epitome of the white man who can really just turn it and be respectful of him being a guest in R B and dance and electronica and Black music, which he was clearly a fan of and just really good at.”

Broadway legend Billy Porter, 52, chose ‘Monkey’ and praised George for being a white boy with soul, who “wasn’t trying to be Black”.